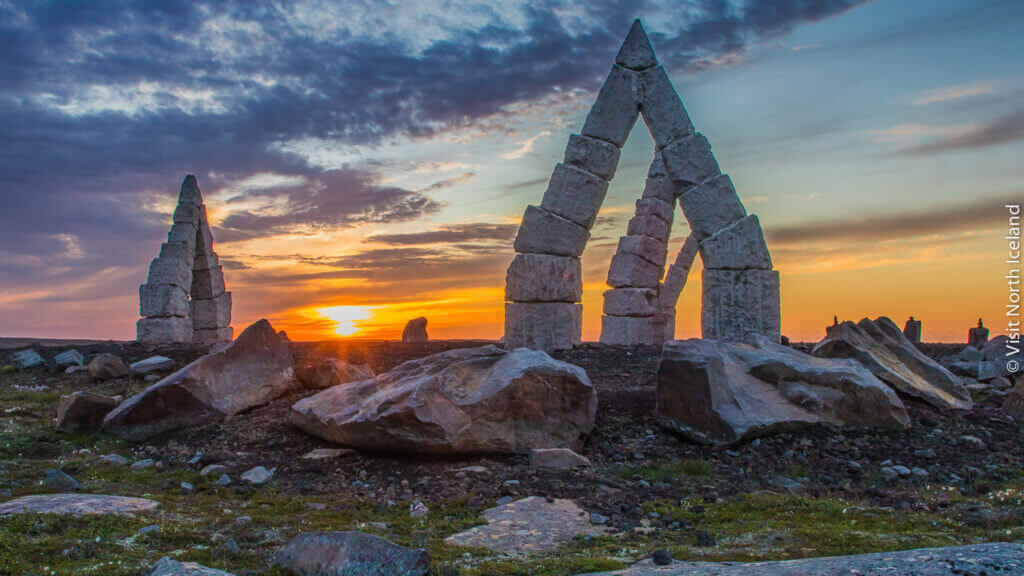 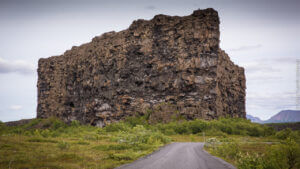 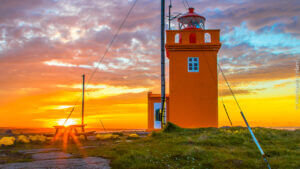 Your Arctic Henge & Asbyrgi tour from Husavik starts with a drive along the coast to the spectacular Asbyrgi canyon. Believed in folklore to be the footprint of Sleipnir, Odin’s eight-legged horse, it was formed thousands of years ago during catastrophic flooding of the Jokulsa a Fjollum river. The forest trails and Botnstjorn pond in the basin of the canyon are amongst Iceland’s most serene spots.

We continue east, off the beaten track, to the bizarre beauty of Arctic Henge.
Set overlooking the Arctic Ocean close to the remote village of Raufarhofn, this modern version of Stonehenge is inspired by the Eddic poem Voluspa and Icelandic folklore. Still a work in progress, started by artist Haukur Halldorsson in 2004, the stone arches are arranged to capture the light of the sun as it moves across the sky.

On the way back, we take the route around the Sletta plains to enjoy views of the coastline and the Arctic Ocean. Also known as Melrakkasletta (translated as Arctic Fox’s plain), the region is known for its abundant birdlife and it is not uncommon to see the elusive Arctic fox wandering about.
We will drive to Hraunhafnartangi lighthouse at the northernmost point – just three kilometres south of the Arctic Circle.

An optional stop can be made at charming Manarbakki folk museum, which houses a remarkable objects collected over a lifetime and displayed in two traditional turf houses.