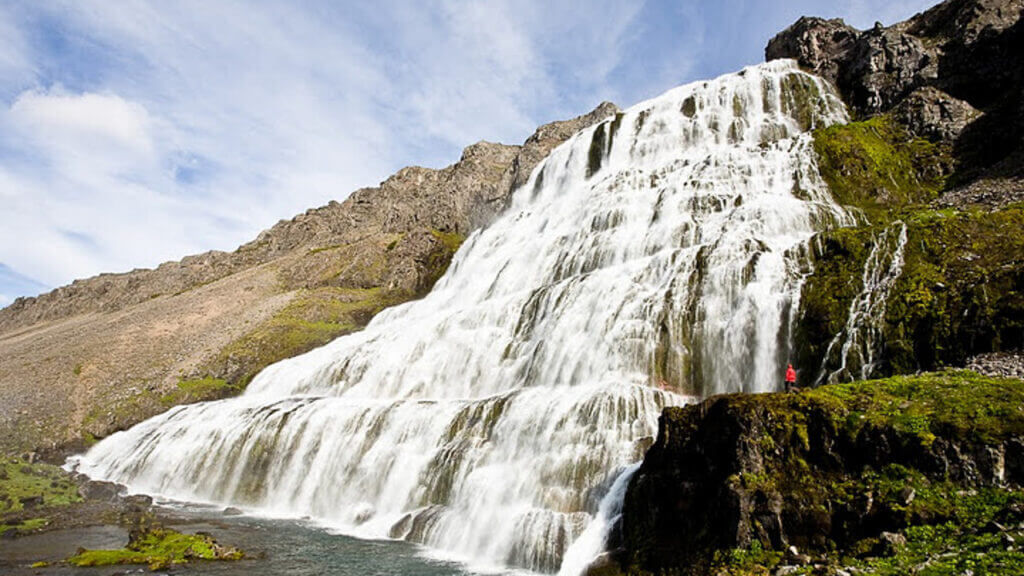 We start the tour by driving straight to the majestic Dynjandi waterfall, one of Iceland’s prettiest waterfalls and the highlight of this tour.
Actually a series of seven waterfalls falling like a bridal veil from the edge of a cliff, Dynjandi is breathtaking. The river originates from the Eyjavatn lake in the Glama moors, which was considered a glacier until the late 19th century.
We stop for an hour so you can enjoy the waterfall and scenic landscape. If you choose, you can take the short hike for a closer look at the top tier and spectacular views of the fjord and surrounding mountains.

On the way back, we can stop in Vatnsfjordur for a view of the lake and the nature reserve surrounding it. The area is a nesting site for many wading birds and ducks, and home to other wildlife. It is also believed that this was the place where the Viking Hrafna-Floki, who first named Iceland, came ashore.

On this tour it is also possible to visit Hellulaug, one of the most unique geothermal bathing pools in Iceland. It is surrounded by rocks at the edge of the sea, and during high tide, seawater flows into the pool.

A scenic detour option is to drive back along the western coastal route and stop in the villages of Bildudalur and / or Talknafjordur. 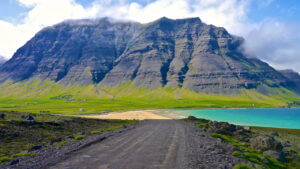 Take a tour off the beaten path to the remote and secluded Ketildalir valleys. Breathtaking views, a quirky sculpture exhibition and sea monsters! 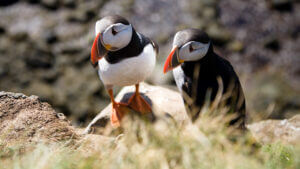 A tour to the Latrabjarg bird cliffs for a personal encounter with the puffins and the golden sand beaches with incredible ocean views. 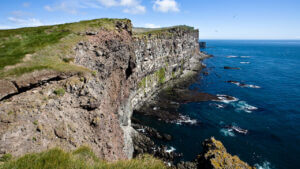 Meet the puffins at the Latrabjarg bird cliffs and marvel at the unique red and golden sand beaches of the southern Westfjords.