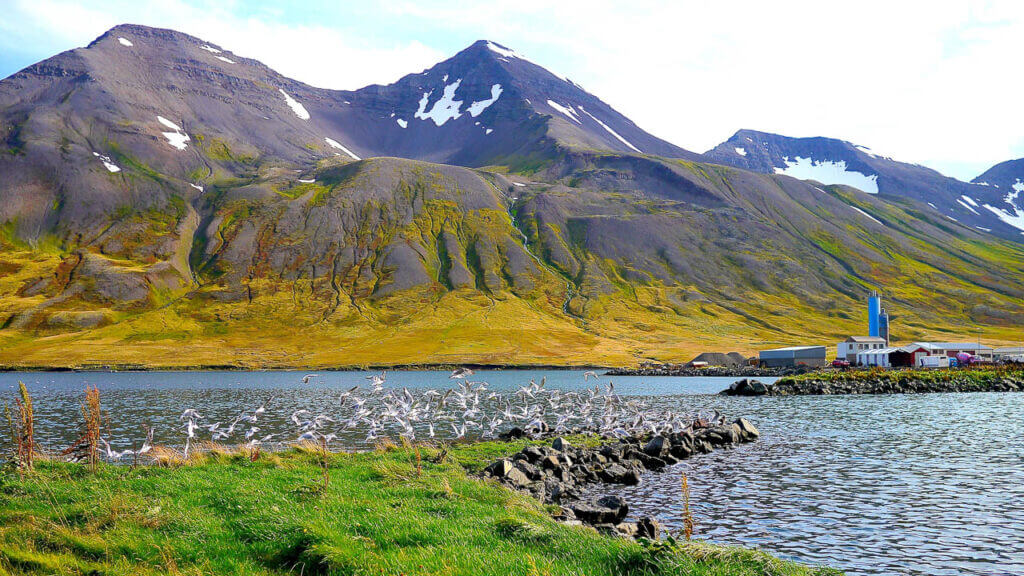 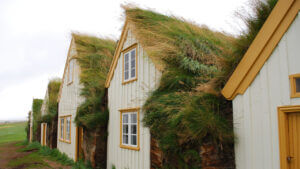 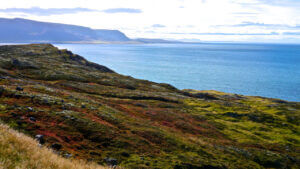 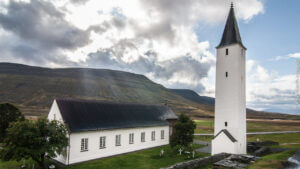 The often overlooked Trollaskagi (peninsula of the Trolls) is one of the most spectacular sections of the Arctic Coast Way. It is a very scenic drive alongside the tallest mountains outside of the highlands, charming fishing villages and views of the islands.

We start the tour by driving East along the coast to the Thordarhofdi cape area from where we can enjoy views of the islands in the Skagafjordur Bay. Your guide will give you insight into the some of the sagas which took place in the area, in particular the story of the outlaw Grettir who took refuge at Drangey.
The Thordarhofdi cape is a remarkable lesser known gem. Often mistaken for an island, especially at high tide, it is actually connected to the mainland by a narrow strip of sand.

We continue to the busy fishing town of Saudarkrokur, which has a charming city centre, with traditional buildings and the Minjahusid Folk Museum.

We drive back to Siglufjordur the same way along the coast.
If you are interested, it is possible to take a detour to visit Holar, an important historical site and one of the main cultural and education centres of the country. Here the first printing press was introduced to Iceland in the 16th century.
The Holar Cathedral was the seat of the Bishop and is the oldest stone church in Iceland and was the seat of the Bishop.

Depending on your cruise ship schedule and how much time you have, it is also possible to take the full circle around the Troll peninsula and return via the Eyjafjordur fjord, but that would add an hour to the tour.
It is a scenic drive where you will catch a glimpse of the Hraundrangi peak, and we can also stop at the charming fishing villages of Hjalteyri, Hauganes, Dalvik and Olafsfjordur along the way. 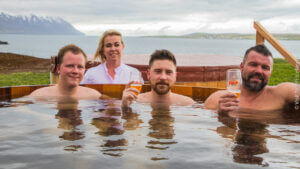 The perfect tour for beer lovers to visit some of Iceland’s finest microbreweries along the scenic Eyjafjordur coast and with the option to enjoy a Beer Bath!