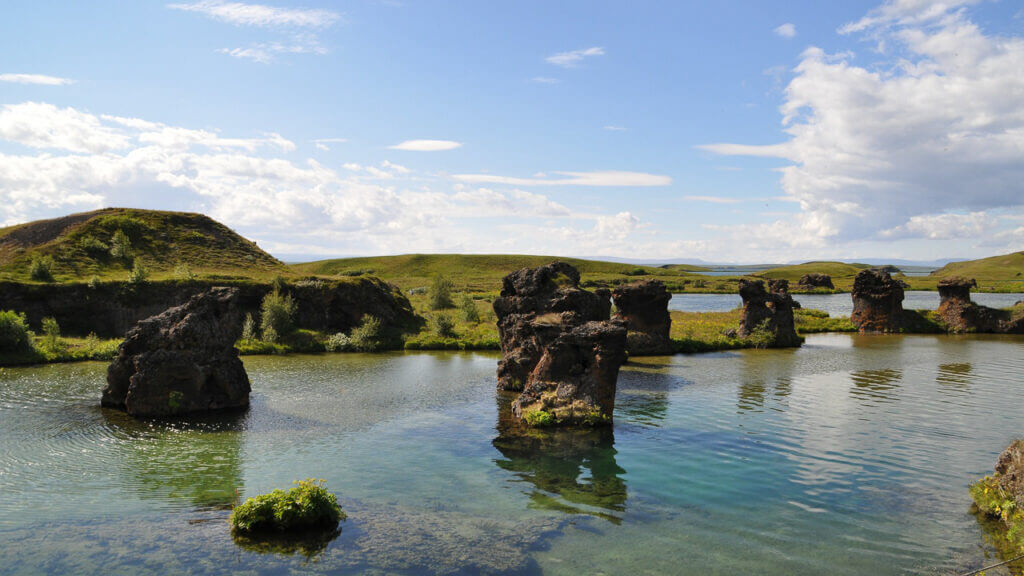 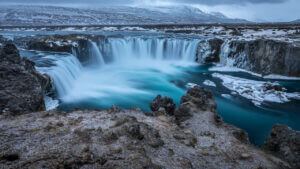 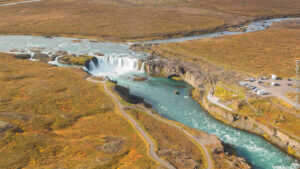 We start our Godafoss and Myvatn small group tour by driving from Akureyri, over Vikurskard mountain pass, to Godafoss waterfall. Sometimes nicknamed “Beauty” (with Dettifoss being “the Beast”), Godafoss is indeed one of the prettiest waterfalls in Iceland. Its name means “waterfall of the gods” as it is believed that idols of the Pagan gods were thrown into it when Iceland accepted Christianity in 1000 A.D.

Our final stop is the colourful geothermal area of Hverir, reached by crossing a small mountain pass. On the other side, you will experience the force of nature, amidst sulphurous fissures in cracked earth, steaming fumaroles and bubbling mud pools.

A Myvatn, Godafoss, and Dettifoss small group tour from Akureyri, taking in the fascinating volcanic Lake Myvatn area and the stunning Godafoss and Dettifoss waterfalls.