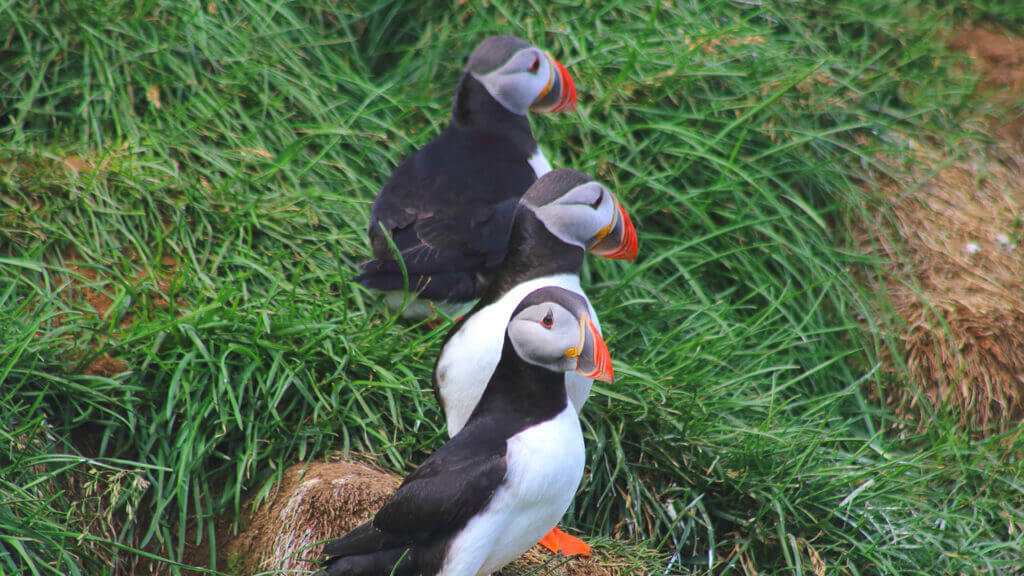 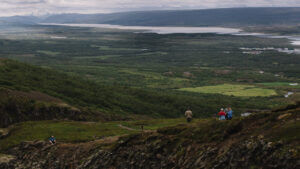 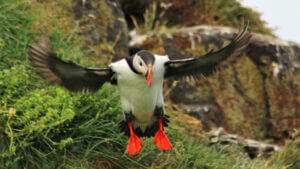 We continue north, crossing another mountain pass to Borgarfjordur Eystri, best known as the home of elves and puffins. The views from the winding road amidst mountains and steep cliffs are truly spectacular.

A staircase, viewing platform, and wooden walkways make it easy to get closer to the birds, whilst remaining safe.
As well as puffins, there are numerous other seabirds including kittiwakes, fulmars, and eiders.

We then head back to the beautiful village. Home to 100 people, it is one of the smallest in Iceland – but has a rich local folklore and long history. Many visitors like to take a short hike, or taste some of the local cuisine.

It is possible to visit the red-painted Lindarbakki turf roofed house, one of very few inhabited turf houses left in Iceland and an important landmark of the village. If you’re interested, you will have time to take the easy hike up the Alfaborg. The hill is believed be the home of the Elf Queen, where she enjoys panoramic views over the village and fjord. The rustic Alfa Cafe is an interesting place to taste some local specialities like waffles and fish soup.

The Borgarfjordur Eystri area is well known for its hiking trails. If you would like something more active, it is possible to include hiking as part of a tour privé.. 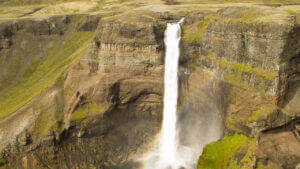